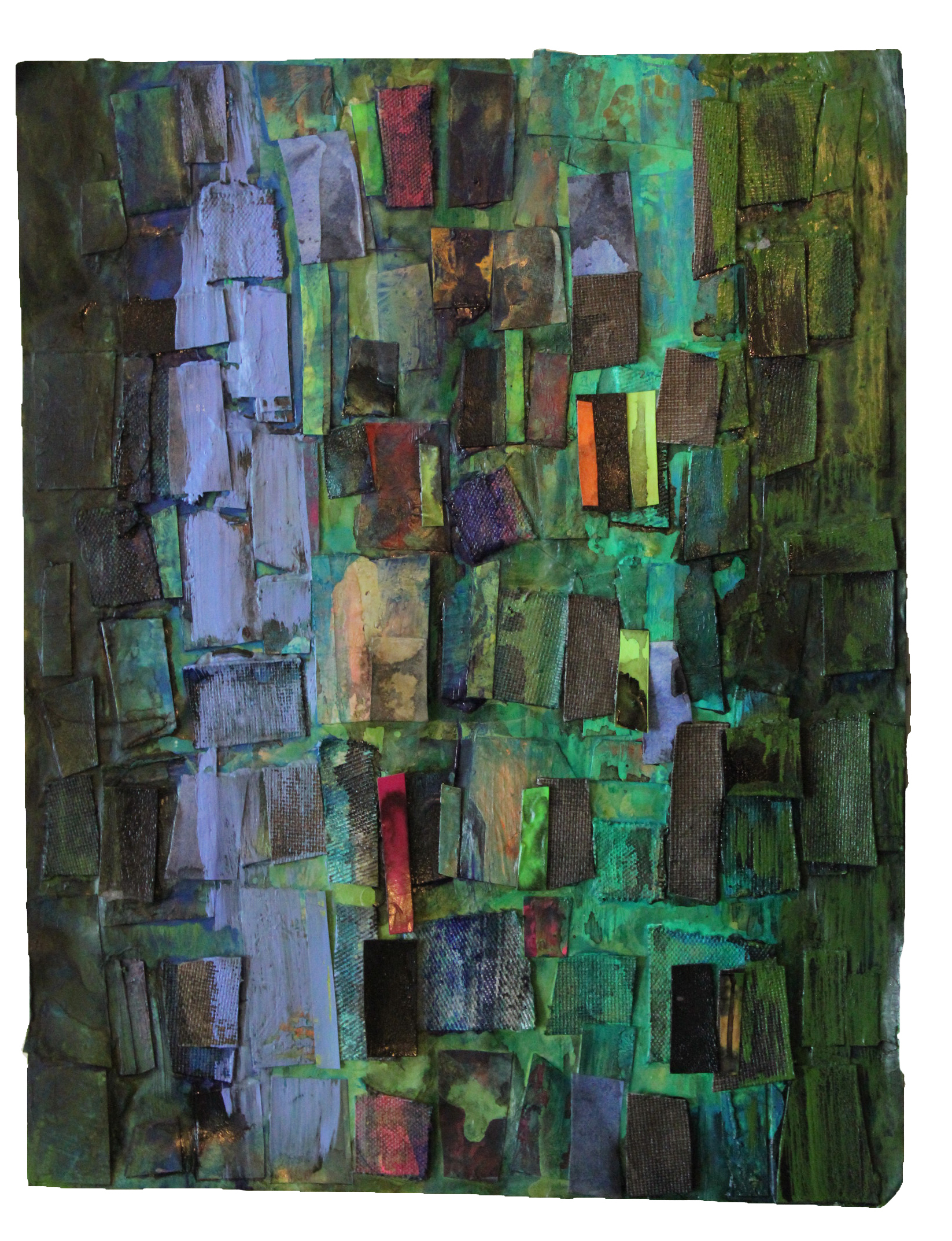 I make  abstractions that are based on and in reaction to my inner and outer world. Nature is my inspiration, it is difficult to find a better visual experience. A think my work is like that of a visual  archaeologist—cataloging, revealing, securing and seeing as I go.  Deanna Sirlin, Garden, 2018, Mixed media on vellum, 11 x 8.5" 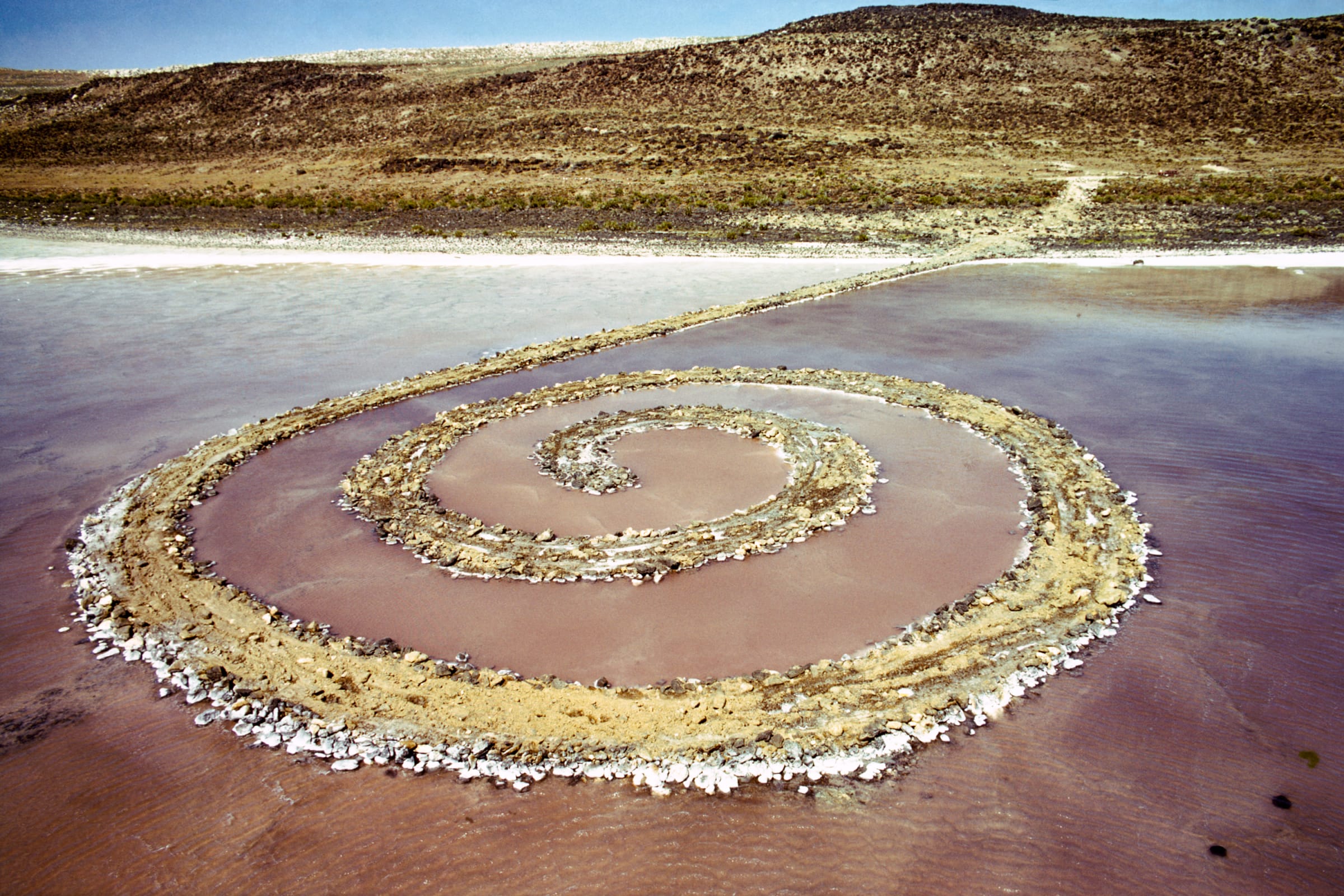 Nature is a great source of inspiration for me—I study the light and color of the sky, the bark of trees, and the color in plants and grasses. The colors and movements of nature are of great beauty.    Artists who have made works directly influenced by nature include Andy Goldsworthy, who used nature itself to make his works. Olafur Eliasson has simulated a giant sun in a gallery as well as working with giant pieces of ice. Robert Smithson used rocks to create his pivotal Spiral Jetty in the Great Salt Lake. Richard Long has used mud to create some of his paintings   Project: Create a work of art that emulates nature. Look around and use what is immediately available to you; try not to use any art materials. Photograph the work for documentation.

Built at the mouth of a terminal basin rich in minerals and nearly devoid of life, Spiral Jetty is a testament to Smithson’s fascination with entropy. Its precarious location lends itself to the structure’s inevitable disintegration, yet its impressive size and deliberate shape command the surrounding landscape. Constructed from 6,650 tons of rock and earth, the spiral continuously changes form as nature, industry, and time take effect. 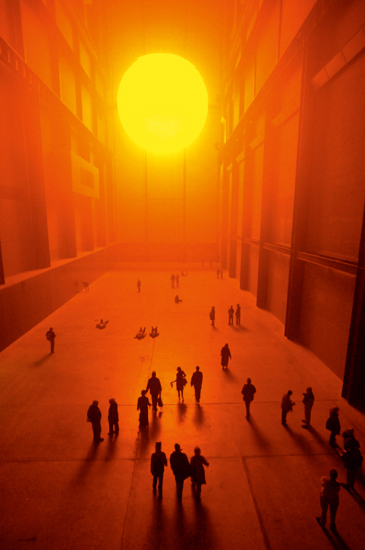 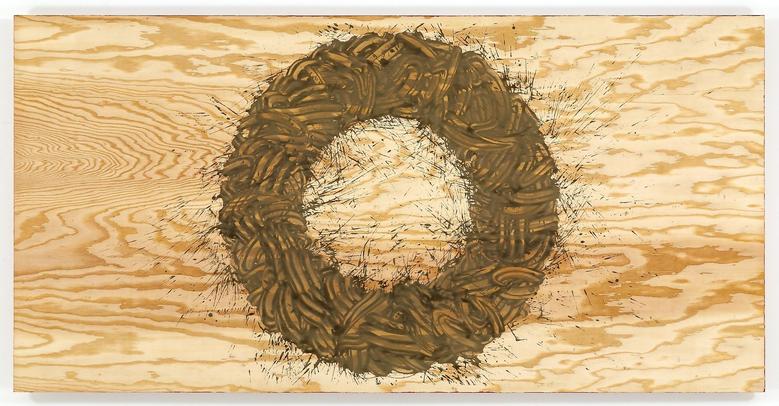